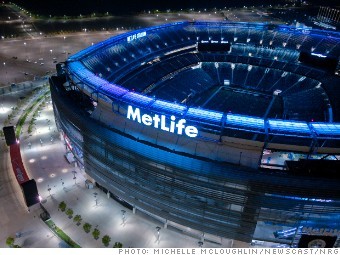 What the Solar Power Industry Needs is a Celebrity Spokesman Will the NFL become the celebrity endorser for the solar power industry?

NFL Starts to Go Solar at its Stadiums: Will it be enough?

Austin, Texas: When Justin Bieber or Kim Kardashian tweets about or endorses a product, sales usually increase for that item.

Celebrity endorsements work in many cases. Otherwise, why would so many athletes be endorsing watches, shoes, cars, beauty products, cologne and perfume, etc.?

What the alternative energy industry needs is a hip celebrity endorser. Now, when the green movement first started, the one celebrity I remember was John Denver. After that, it was Ed Begley, Jr. and Al Gore.

How cool is that?

Well, not cool at all. These were some of the nerdiest, least hip and most polarizing figures around.

Now, the NFL may become the new face of alternative energy.

A recent article in Fortune Magazine describes how NRG, an energy provider in New Jersey, is adding solar panels to many NFL stadiums for free as a way to boost the image of alternative energy.

The thinking goes that if it is OK for the NFL then solar power is OK for any business and residence.

The Patriots, Giants, Jets,, Redskins and others are all installing solar panels to power their stadiums. MetLife Stadium, home of the Jets and Giants, installed 1,350 solar panels.

Now that should get noticed.

If the industry plays their cards right, they can get millions of dollars in free publicity for these solar panels with feature stories, well-placed photographs, etc.

This would be a win-win for the solar industry and for the NFL, as well.

Maybe Drake and Lil Wayne will soon tweet about solar power or rap about it.

Let the Giants and Jets show you how it is done.