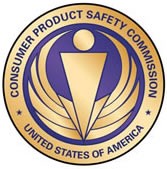 The amendments specifically address several enforcement questions that have lingered since 2008, clarifying product exemptions and the responsibilities of manufacturers. In effect, the new law narrows the CPSIA’s lead-testing requirements to products manufactured since the date of enactment, creates certain exceptions for small-batch manufacturers (annual revenues under $1 million) and removes lead limits for used children’s products. As part of the changes to the CPSIA, the CPSC must also seek public comment on ways to reduce the burden and cost of third-party testing.

On the topic of tracking labels, the CPSC now has authority to exclude specific products from previous mandates. If the commission determines that placing a tracking label on an item is not practical, a manufacturer will earn an exemption. The legislation also seeks to ease some manufacturers’ concerns about the CPSIA database, which allows virtually anyone to post complaints about a product. The CPSC is now required to stay publication for five extra days when it receives notice of materially inaccurate information. The CPSC must also attempt to get a serial number or a photo of an item from the consumer questioning the safety of a product.

The amendments, while providing more authority to the CPSC in determining testing requirements, have not changed the action schedule regarding lead limits. The amount of lead allowable in children’s products dropped from 300 parts per million (ppm) to 100 ppm on August 14, but only products that are manufactured after this date will have to adhere to the stricter limits. The mandate applies to all manufacturers, importers, retailers and distributors of children’s products.

This looks like a compromise bill that looks better on the surface than it actually is. It is completely watered down, and in the climate of economic uncertainty, it appears that business interests came before health and safety.

I do not know why the government even bothered with such an ineffective law, unless it was just for appearance sake. It appears to have many loopholes and exceptions, and personally, I think it is a complete sham.

We can do better.

Are the lobbyists running this country– or concerned citizens? No wonder the Tea Party movement has resonated so fast. People are getting fed up with a governmnt that wastes time on issues– but never comes up with solutions.

The role of government is to provide a safety net for its citizens–military,roads, education and public safety. Can’t they get any of these right?