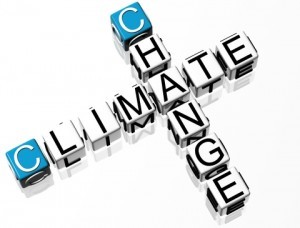 Should the Term 'Global Warming' Be Officially Changed to 'Climate Change' This term has been kicked around by the partisans and needs a makeover.

I have thought for a while that the term “global warming” does an injustice to those who believe in environmental causes because it focuses only on increases in temperatures.

We had snowfall the past two winters in my hometown of Austin, Texas — and people kept saying that “global warming” must be a hoax–because of the snow.

Let’s see, in the past 12-18 months, just in the United States, we have seen such phenomena as:

All due to climate change.

However, the term Global Warming doesn’t state the true picture of the change that is happening to the environment and climate, and it just makes non-believers throw up their hands or smirk when temperatures drop.

Last year, author Tom Friedman wrote an Op-Ed in the NY Times calling the situation “Global Weirding“. He also makes the claim that the term “global warming” does no favors for the environmental movement.

Let’s change our terminology so that our cause can gain momentum and not get shut down as soon as temperatures drop each winter.

Let’s ban the term “global warming” and look for alternatives.

Anybody have any other terms to explain the weather changes and natural disasters that are happening all over the globe? Let me know. I’d love to hear them.