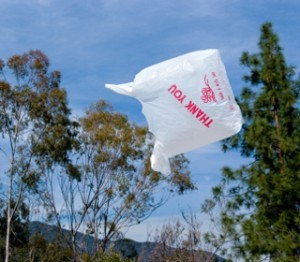 Should Government Be Allowed To Mandate Austin, Texas: My home town of Austin, Texas is considering a plastic bag ban, as several other cities throughout the country have done so far.

Not surprisingly, a poll sponsored by the Texas Retailers Association and the Progressive Bag Affiliates of the American Chemistry Council shows an overwhelming number of people against a plastic bag ban.

I think that any time a city or government entity tries to ban behavior or legislate morals, they are setting themselves up for both hostilities and for failure.

Perhaps, bag manufacturers and retailers can pay into a fund, much like the anti-smoking campaigns in the United States run by the American Legacy Foundation, which was founded under the terms of the Master Settlement Agreement. They used the money from a tobacco lawsuit settlement to fund The Truth and other campaigns aimed at preventing smoking.

If we spent more money on advertising and PR campaigns to educate people on the hazards of plastic bags and show how they often end up in the water streams and comprise a disproportionate amount of most city’s residential waste stream.

The key would be to make plastic bags viewed in a negative light. Education and public shame would help to convince many people to bring their own bags. So would contests and incentives for customers that brought in their own reusable bags (the carrot and stick approach).

How about communities putting a link on their websites for retailers that are offering reusable tote bags instead of plastic bags? That type of free positive publicity might encourage more retailers to have imprinted tote bags available by their registers at a nominal price.

Would you get 100% participation rate? No, not even close– but nothing will get you complete compliance for any behavior.

But I would guarantee that in a few years, the number of stores that offered plastic bags as freely as they do now would drop considerably.

But can we legislate behavior modification successfully? Should we?

I still remember flying on airlines when the non-smoking section was usually the first few rows of a plane. Now it is banned.

Same for smoking at many restaurants, convention centers, some outdoor parks, etc. Legislation did the trick, not just public scorn.

Same for drinking and driving, mandatory helmet laws and seat belts, in many cities and states.

However, with Prohibition and the War on Drugs, laws and enforcement proved not to have been successful, probably because the people did not necessarily agree with the laws.

I am of the mind that public awareness, education and outreach are the best ways to reach consensus and truly change habits over any length of time.

What would you suggest communities throughout the country do to prevent plastic bags from being used so freely?

I’d love to hear your thoughts.