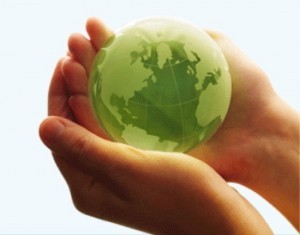 Is the Future of the Green Movement Bleak?

Has the Green Movement Been on the Decline in Past Few Years? Austin, Texas: I was at a meeting of like-minded green professionals recently and the talk came of the state of the green industry.

For most of us, we are noticing a leveling off – or plateau – in the growth of the environmental movement as a topic of concern.

That is not to say that the green industry is declining. It just means that the amount of discussion in the media, the sales of green products, green marketing and the like have reached a steady level.

Has environmentalism and the green movement peaked?

Is there less concern about the environment than in year’s past?

The general consensus from this gathering, and my personal feeling, is that the attention span of most Americans is quite short. One week after the up-coming election, politics will not be front and center in the news any longer.

The latest gossip about Justin Bieber or Kim Kardashian, the Jersey Housewives or Lady Gaga have a half life on 4 hours.

It is hard to keep any topic front and center for days, let alone weeks, months or even years.

But, as more people have become aware of the issues and understand it, the emphasis on breakthrough statistics about climate change have less of an impact.

More people than ever before are aware of the dangers of fossil fuel on the environment. They are no longer shocked.

Now, the next phase of the green movement has to be on ways to keep the environment on the minds of Americans – and the rest of the world.

We need to find more interesting and interactive ways to bring social responsibility to the forefront.

We have to get more high school and college classes to discuss the green movement- pros and cons.

To keep it interesting and fresh, both sides of the issue must intelligently learn the facts and discuss ideas and solutions to address climate change.

Let’s help take the green movement to a new level by creating a more open dialog with climate change deniers in the hopes that they can understand the issue – and then the focus can be more about ways to address and approach clean up.

I think that most deniers are too overwhelmed with the solutions – so they just close it off.

No different than Holocaust deniers and Obama American citizenship deniers.

Sometime the picture is so large, so comprehensive and stark, that to deny is to just not have to deal with it.

The green movement has moved from a radical, leftist movement to a more mainstream way of life over the past 10-15 years.

Now it is time to make environmentalism even more mainstream.

I think the future of the green movement has never been better.

Let’s not allow for complacency.

Let’s start to trade the partisanship and rancor of the debate into a way of life that is shared by more.