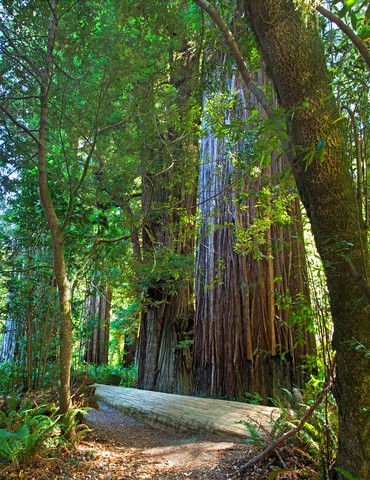 A recent AP story tells of a nonprofit organization called Archangel Ancient Tree Archive, which is rushing to collect genetic material from ancient redwood trees and replanting clones in hopes of restoring the world’s ancient forests and putting them to work cleansing the environment and absorbing carbon dioxide. Carbon dioxide is one of the leading the greenhouse gases responsible for global warming.

The mission of this group is to clone the oldest and largest individuals within the world’s most ecologically valuable tree species, and persuade people to buy and plant millions of copies.

David Milarch, the group’s co-founder, says, “In our infinite wisdom, we’ve destroyed 98 percent of the old growth forests that kept nature in balance for thousands of years. That’s what we intend to put back.”

The articles states that scientific opinion varies on whether trees that survive for centuries have superior genes or simply have been in the right places at the right times to avoid fires, diseases and other misfortunes. But Archangel Archive is a believer in the super-tree idea. The group has tracked down and cloned some of the biggest and oldest of more than 60 species and is developing inventories.

The problem as I see it, is that both redwood and sequoia trees cannot grow everywhere. Perhaps it might be better to find fast growing trees, such as the leucaena plant of the rain forests, which can grow in tropical locations, and other trees that can be grown in other regions. A one-size-fits-all approach is not practical, as there are many factors that affect tree growth, including soil conditions, temperature and climate, population density, as well as general topographical and geographical considerations.

Hats off to the Archangel Ancient Tree Archive for being pro-active. They are on the right track.

Anybody else know if any similar tree cloning operations or massive tree planting programs exclusively done to help combat global warming? I’d love to hear about them.

Here’s to a greener tomorrow today.