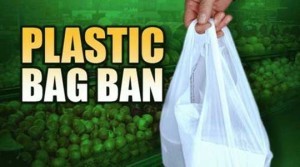 Austin Bag Ban - Much Ado About Nothing

3 Months Later: Austin is Accepting of its Bag Ban Austin, Texas: Anytime a city tries to enact a new policy, the other side shouts cries of Chicken Little– “The sky is falling” – or “This will cost hundreds of jobs and lose millions of dollars”, etc.

Sound familiar in your town?

Well, three months ago, the City of Austin implemented a bag ban and many of the retail business leaders went ballistic.

There were cries that people would stop shopping in Austin and drive 10-15 miles to the next town over to get their much cherished single-use plastic bags.

Well, in reality, people became very accepting of the law.

The Austin Statesman reports that from March 1 to May 15th, the city received a whopping total of 19 complaints about a total of ten retailers that were continuing to use single use bags.

Did the city vilify these retailers?

No, they went in and educated them a bit more to help them understand the new bag ban rules — and no fines or penalties have yet been issued.

Is your town considering a plastic bag ban?

Well, talk to the folks at Austin Resource Recovery, our city’s trash and recycling department and you will see that cries from opponents are nothing but a bunch of hot air.

Bag bans should not about fines and penalties–they are about getting everyone aboard.

People generally will become accepting of this new policy – and most other policies – if the reasons are explained and the city spends time and energy in educating the public about it.

Sure, some people will continue to moan and groan, but 100% acquiescence is never going to happen.

However, the true goal of acceptance of the new policy will happen.