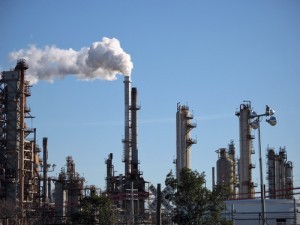 As Political Battles Continue, The Big Loser is the Alternative Energy Industry Austin, Texas After nearly two straight weeks of political conventions and endless speeches, I am exhausted.

Both sides are blaming each other for our current situation and there seems to be little room for compromise.

No compromise on big issues, like healthcare, military budgets and deficit reductions.

No compromise on small issues.

No compromise on social issues.

And no compromise on the environment and regulatory issues.

We cannot move forward on any energy plan if hot heads on both sides stand their ground without compromise.

Yes, energy plants need to be regulated, but perhaps the government can help to offset these costly modifications with tax incentives, low interest loans or other benefit packages.

Some environmentalists take an approach that they will not be happy until every coal plant and mining operation is shut down by the EPA or other regulatory commission or agency.

I would like to see them closed down due to obsolescence.

Let’s fight for cleaner plants while pushing for more alternative energy production – but realize that we are not at the stage where we get 100% of our energy from clean energy sources.

Until that time comes (maybe 30-40 years), let’s try to live harmoniously with the other side to make coal and fracking more environmentally-friendly — while bringing down the cost of solar, wind, nuclear and other energy alternatives.

That is just a way of life.

But let’s keep an eye on the big prize– cleaner and more plentiful energy for all — and seek compromises.

Some environmental regulations is better than all regulations being thwarted by persistent lawsuits — like they have been in Texas vs. EPA.

Keep being an activist.

But don’t forget that the prize is making Big Oil obsolete in our lifetime.

Let’s make the next decade the start of the Solar and Wind Century and the beginning of the end of the Big Oil Century.

As marketshare for these energy sources continue to grow, coal and fracking will slow down as the free market produces winners and losers.

Delays and fights are causing more harm to alternative energy production than to Big Oil since they are the status quo.

Let’s compromise some regulation for more incentives for wind and solar.

A slice of something is better than 100% of nothing.