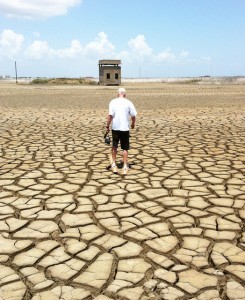 Are Tax Incentives Needed to Improve Water and Energy Conservation? Austin, Texas: Texas is voting today on a constitutional amendment — known as Prop 8 — which would give tax breaks to landowners who take measures to conserve water and preserve water quality.

According to the Statesman.com, the rule would give landowners who implement water-conserving measures a lower valuation on their property, similar to how an agricultural or wildlife exemption works. Some of the measures would include planting more native grasses that require less water or fencing off streams to prevent erosion.

The tax breaks differ based on how much land is utilized. Since the calculations would be the same as other existing programs it could save them up to thousands of dollars annually on taxes.

Texas has seen record a drought this past summer, with billions of dollars in crop losses and devastated the beef and cotton industry–staples to the Texas economy.

However, are tax incentives the right answer?

Many people on both sides of the political spectrum have been talking about the need to end corporate welfare, which would include tax incentives that would favor any particular industries.

Is this just another way of choosing winners and losers for or tax dollars or is this really needed?

However, I do not think a constitutional amendment is the way to go.

Perhaps the funds can better be used to build a desalination plants to convert water from the Gulf of Mexico into potable water.

Or use the funds instead to build facilities to treat and reuse waste water and adding it to the freshwater supply.

Picking winners and losers seems the wrong way to go. Investing in the future for infrastructure that will help the entire region seems like a better idea.

What do you think? Please share with me why you are for or against this amendment.