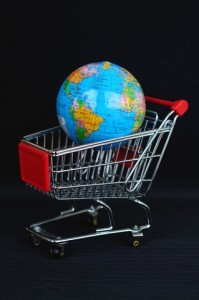 Half of Large Businesses Have Cut Carbon Emissions, According to a New Study Fifty percent of large businesses and 25 percent of their suppliers have reduced supply chain costs by managing carbon emissions, according to the Carbon Disclosure Project’s 2011 Supply Chain Report. But observers say most retailers have only begun to limit the amount of carbon their supply chains release into the atmosphere.

In 2007, Wal-Mart brought carbon emissions to the forefront, as they put into place programs for their vendors to significantly reduce its impact on the planet.

Fortune magazine noted in 2006 that Wal-Mart’s CEO Lee Scott had declared his intention to “turn the world’s largest retailer into the greenest”.

According to NRF Stores, “Some companies participate to comply with governmental regulations”, says Chris Callieri, a principal at A.T. Kearney, the management consulting company that writes the CDP supply chain report. “European governments demand more stringent reporting than the United States requires”, he says, admitting that momentum toward U.S. reporting has flagged with the election of a Republican majority in the House of Representatives.

Whether or not these energy changes are being made strictly for altruistic reasons or due to pressure from Wal-Mart, significant reductions in global carbon emissions are being made.

There are dozens of ways to improve efficiencies and reduce carbon footprint, from reduced packaging sizes, energy savings, distribution consolidation, etc. and these can lead to lower prices and/or higher profits.

In four short years, half of these suppliers have cut emissions. Most of these are most likely the larger companies, that have sustainability directors and shareholder meetings.

Now it is time for the smaller vendors to step up and do their part to achieve lower emissions. Hopefully Wal-Mart and others will make best practices available to its supply chain and send mentors, consultants or experts to these facilities to find areas of improvement.

With Wal-Mart’s insistence, I am sure the low hanging fruit of savings have already been realized by these vendors.

Now is the time for more radical changes that can help make these suppliers more competitive, both at home and abroad.

Then, the small factories can follow suit four years after that.

Although these energy efficiency savings go on behind closed doors, let’s hope that these companies achieve recognition by consumers, who can and should support them.

Perhaps a Wal-Mart Seal of Approval? Maybe a Wall of Fame at the front of each Wal-Mart.

Le’s support those that are striving to reduce their carbon footprint – and achieving significant results.