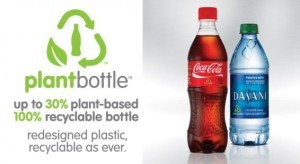 Be Truthful in Your Green Claims: It Always Catches Up With You Austin, Texas: A new study shows that Coca Cola was misleading in its green claims on its plant-based bottles, according to a report in International Business Times..

In a statement, Kristian JÃƒÂ¸rgensen, a spokeswoman for Forests of the World, a Danish environmental group, said Coca-Cola “sinned against almost all principles when it comes to guidelines for good and fair marketing.concerning environmental claims.”

Come on Coca Cola…you know better than this!

Now, I was at a movie the other day and Coca Cola had a big commercial advertising its Ekocycle messaging–showing how green their bottles were.

If their bottles were only made up of 15% plant-based materials, rather than 30% it claimed–just say 15%.

Why exaggerate or use facts that could not be backed up with studies or proof?

It not only sets Coke back, but sends the entire green economy back a few steps with each false claim.

There are hundreds of organizations on both sides of the spectrum that are just waiting to refute green claims. Some for political gain. Others for prodding more activism.

Either way, the green movement loses when false claims are exposed.

Don’t use nuance, confusion or subterfuge to state your claims.

If it is a sincere and honest claim, make it.

If it does not pass muster, don’t make the claim.

Don’t hint at a claim. Don’t distort a claim.

And, then keep trying to improve your use of recycled materials so you can honestly claim a higher percentage each year.